Minecraft has a lot of different Mobs in the world, some of them are friendly while others are monsters. These Mobs appear everywhere in the world, some during the day and the others at night. The friendly Mobs will not attack you at any time unless you try to attack them. The enemy monsters on the other hand will attack whenever you are near them. Below are all the Minecraft Mobs.

A few of the friendly Mobs are able to be tamed. These would currently be the Horses, Ocelots, and Wolfs. Monsters will not spawn at night 8 blocks around a Torch, so stacking Torches around your buildings will prevent them from spawning there. They will also not spawn on Glass, Wood, Stone, or Cobblestone Slabs. 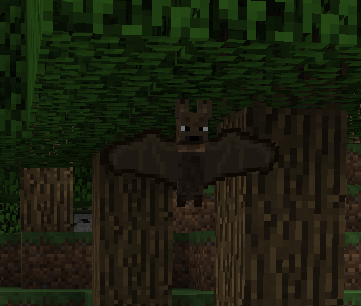 Bats appear in enclosed spaces that are like caves. 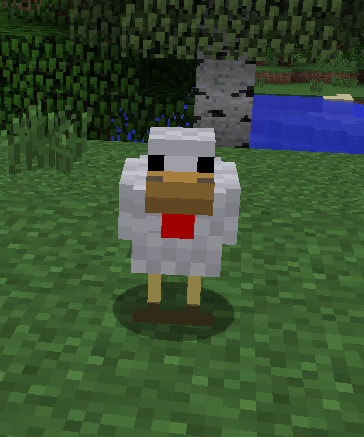 Chicken can be found in grassy areas and will lay eggs while walking around. If they are killed they will drop feathers 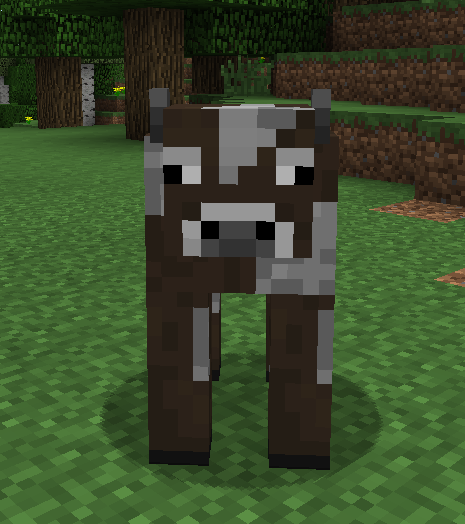 Cows can be found in the starting world and can be milked with a bucket. When killed they will drop leather. 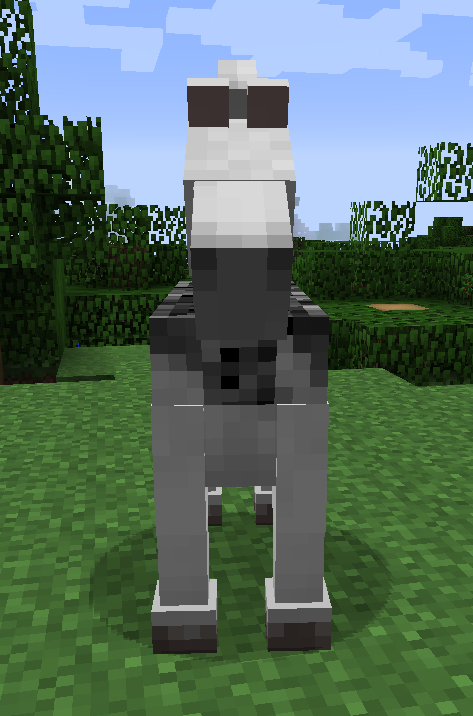 Horses can also be found in the main world and can be tamed and used as transportation. 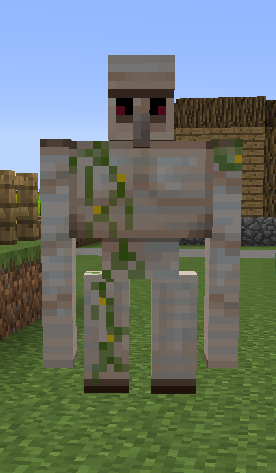 Iron Golem can be found near villages to protect the village. They can also be built with iron blocks and a pumpkin. If you attack the golem it will turn hostile 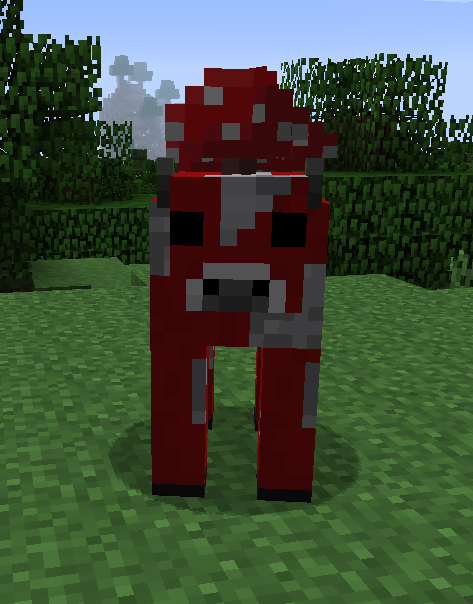 Mooshrooms are cows with mushroom on it. 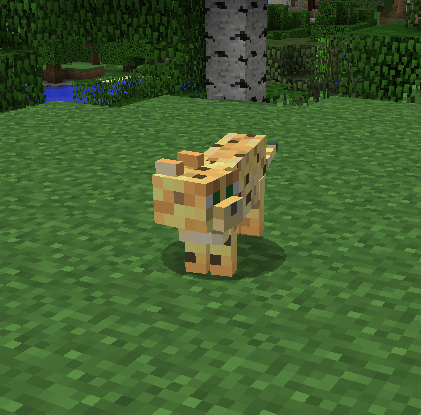 Ocelots are mobs that can be tamed. 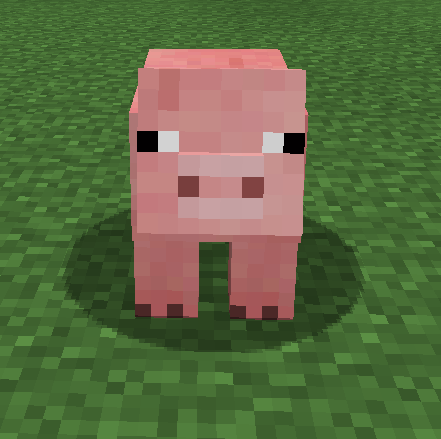 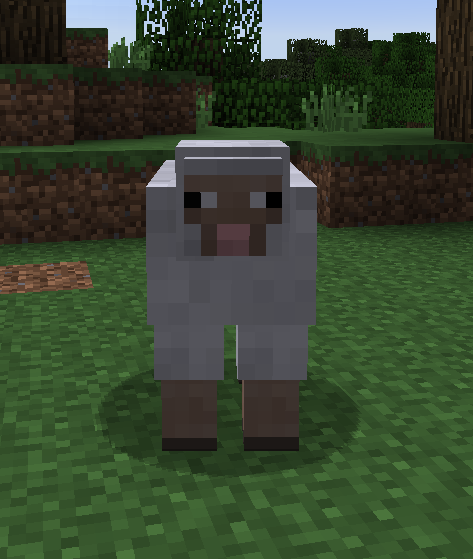 Sheeps spawn in the same area as pigs. They can spawn in different colors. The colors are white, light grey, grey, black, brown, or pink. You can use shears a sheep to get the color wool of the sheep. The sheep, if killed will drop a wool. 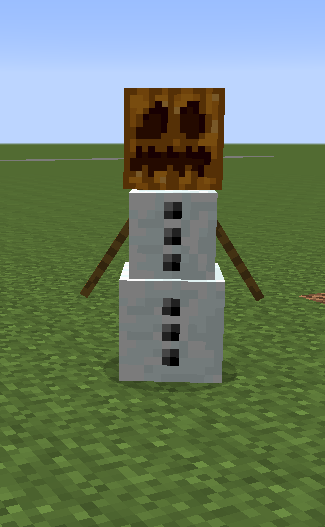 Snow Golems are mobs that are able to be created. They will attack with Snowballs. 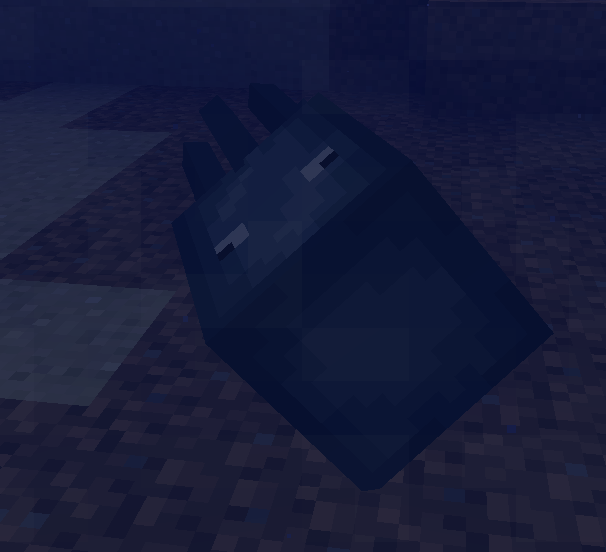 Squids can be found in water and will drop Ink Sacks. 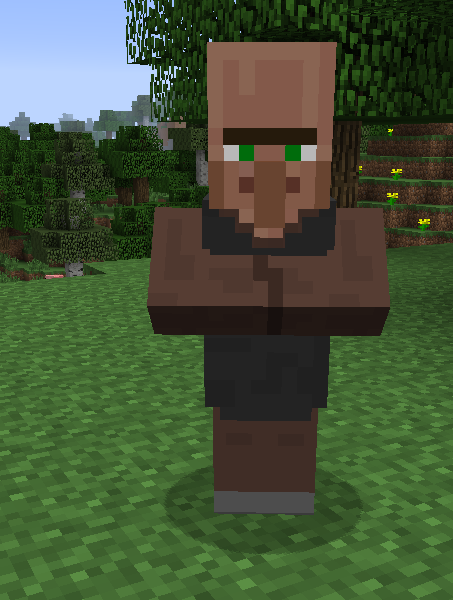 Villagers appear in villages and are various professions so they will trade various items for Emeralds when you talk to them. 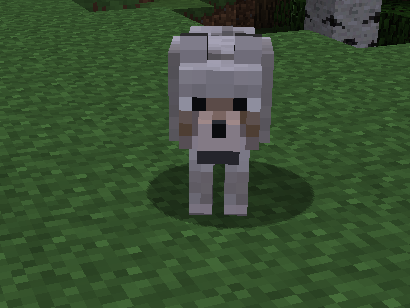 Wolfs can be found in the same areas as sheep and attack them if nearby, they will also attack players if they are attacked first. They are able to be tamed and fight with you. 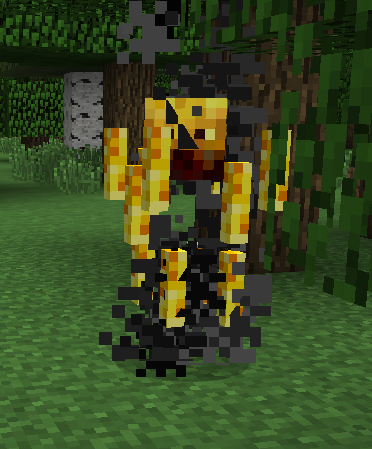 Blazes are found in the nether and fly in the air shooting fireballs. 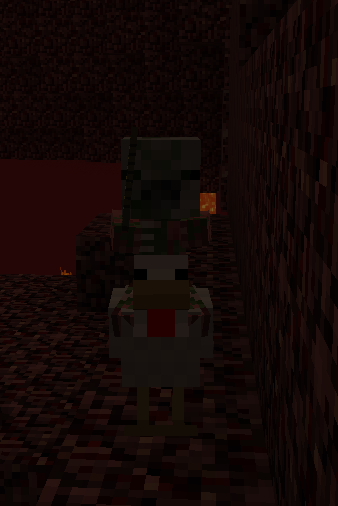 Chicken Jockeys spawn almost anywhere with a zombie on top of a chicken. It is hard to find this mob. 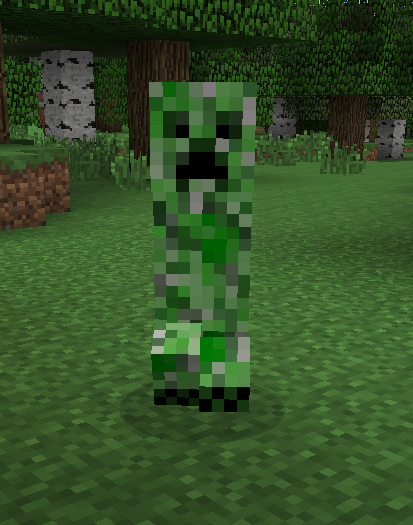 Creepers are found in the main world and will start to hiss when chasing a player. When they get too close to the player they will explode. 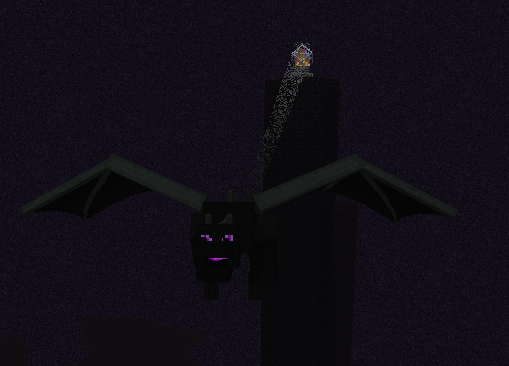 Ender Dragon is one of the bosses of the game and appears in the end world. It fly’s in the air and heals itself when near any Ender Crystals. 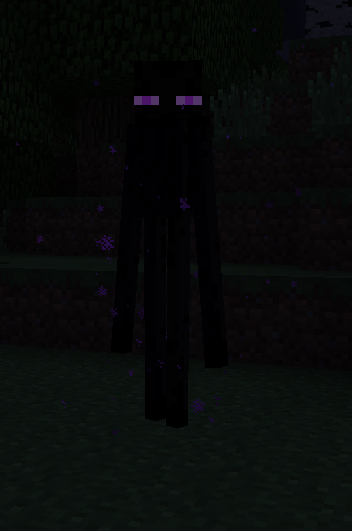 Enderman is a tall mob that can teleport. It will attack if the player looks directly at the monsters eyes. It will pick up blocks around it and throw it at a player. 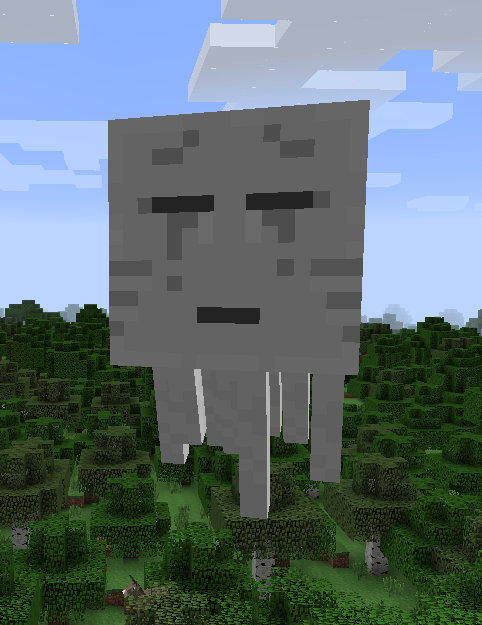 Ghasts are mobs that spawn in the nether and sometimes near portals in the main world. They fly and will shoot fireballs just like blazes. 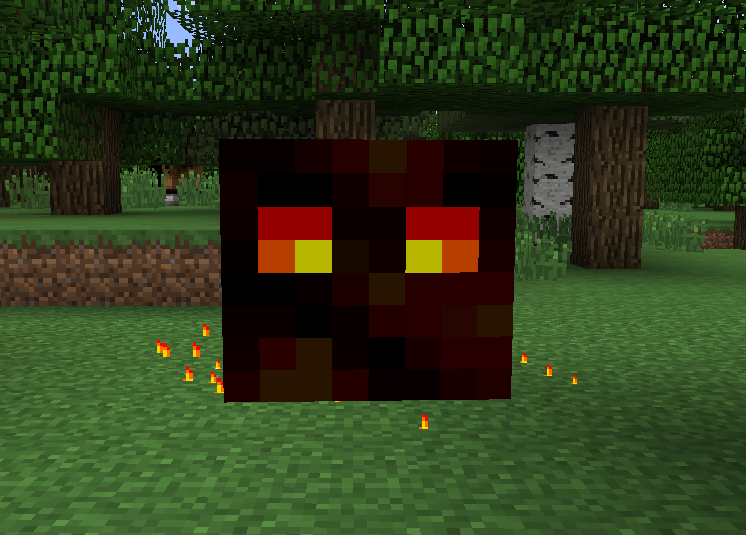 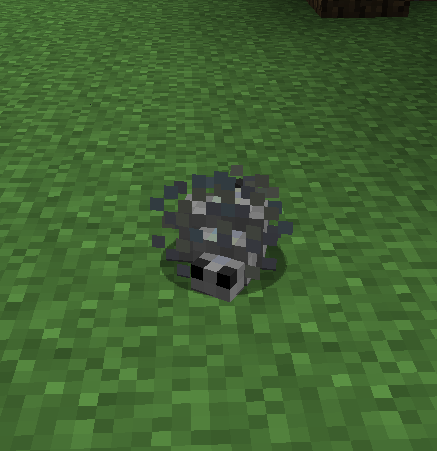 Silverfish can be found in strongholds and can appear from stone bricks if a player is mining them. 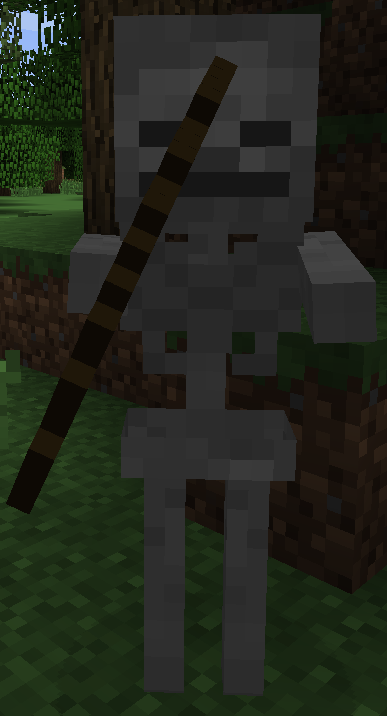 players. They can drop arrows when killed 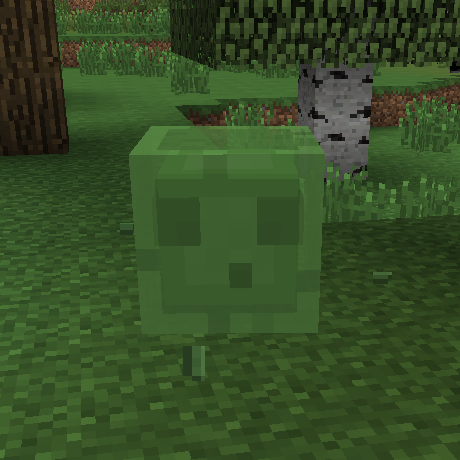 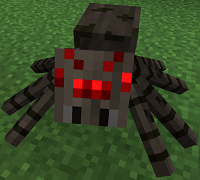 Spiders spawn in the main world and will not attack players during the day. They are able to climb up walls and will drop web when killed.

Spider Jockeys spawn in the main world and are a spider and a skeleton on top of each other. When one is killed the other one will not be dead and will just be the spider of skeleton. 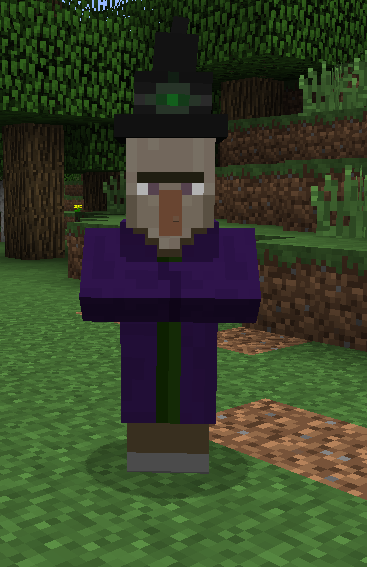 Witches are monsters that use potions. They spawn in witch huts and other places in the Overworld. 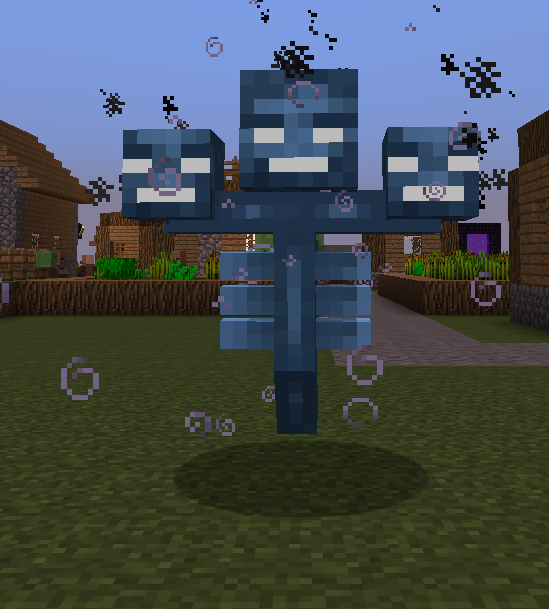 Wither is another boss that can be spawned by the player and will drop a nether star. 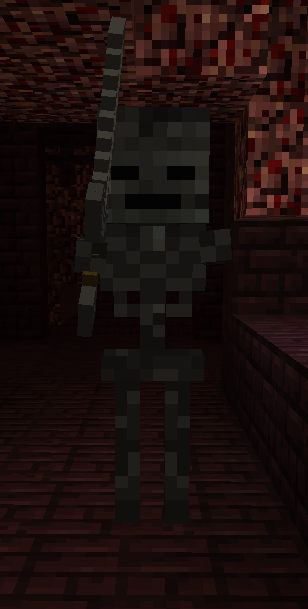 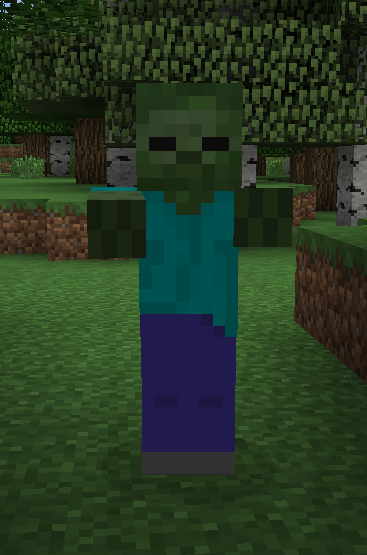 Zombies spawn in the main world and can drop rotten flesh.

Zombie Villagers can be found in the nether or when a pig is hit by lightning. They will drop Cooked Porkchop.